ReFlex Arts Dance was established in 2010 by Mrs. Virginia East Shaddock as both a dance and yoga school. With the ever growing popularity of both the dance school and the yoga school, the two schools separated to allow more space and classroom availability. In 2015 , Mrs Jackie Brenes Velazquez purchased the dance portion to continue it's growth and to allow Ms. Ginny to continue her journey with yoga and Heartwood Retreat Center.

Charlene is a native of Florida, living in the Manatee/Sarasota area. She attended Stetson University School of Music, graduating in 1996 with a BA in Music. She holds a Masters of Education from the University of Cincinnati, and has also taken over 20 doctoral hours in Education with an emphasis on leadership.  Charlene currently teaches general music to grades K-5 and string orchestra to grades 6-8 and holds a valid Florida Teaching certificate in Elementary Education (K-6) with ESOL and Gifted endorsements. Charlene has been teaching for over 17 years and has now joined ReFlex to help cultivate the love of music with our students.

Jackie began dance at the age of 2 in Boston. After moving to Florida at age 12, she danced both in school and at a studio. She also competed and spent her summers in dance intensives with master teachers from all over the world. Jackie began teaching dance at the age of 16 for The Boys and Girls Club. She also was the choreographer for the color guard and dance team at Sarasota High School from 2000 to 2002. She refined her craft when she started to train under Ms. Ginny East Shaddock at FLEX. Jackie has her degree in Business Management and her National CDA. Her love for children brought her to teaching preschool and VPK for 5 years, but her love of dance brought her back to teaching dance full time. Working under Ms. East for almost 10 years made for a smooth transition to studio owner in 2015. She is most passionate about tap and jazz and enjoys teaching children of all ages. Jackie spends her time away from the studio with her husband and two daughters at the beach, on rollercoasters or in the garden.

Tobi began dancing at the age of three and hasn't stopped since! She has trained in jazz, ballet, pointe, lyrical, modern, contemporary, hip hop, breakdancing, tap, belly dancing, and ballroom.  She has worked with legendary dancers and choreographers such as Wade Robson, Joe Tremaine, and Doug Caldwell. She also graduated from the Booker VPA Dance Department in Sarasota. She started teaching at the age of 16 and has taught ages 2-72 throughout the years. She has had a passion for dance since she can remember and loves to share it with her students. 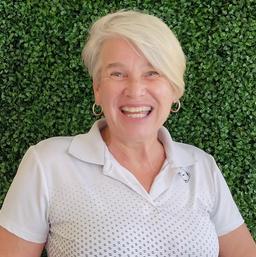 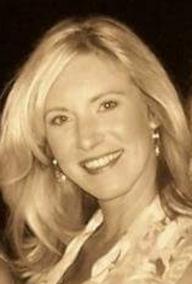 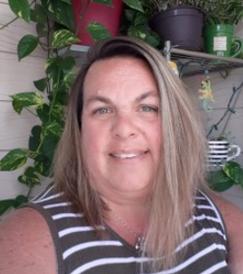 ReFlex's focus is to instill the love of dance in each one of our students. From the age of 2 - 18,
we emphasize technique that is developmentally appropriate for each age level. The children's
program (through age 8) utilizes the renowned Kiddance Syllabus, that keeps the fun in dance
while teaching proper technique for the little ones. Our pre professional training program strives
to create beautiful dancers who are not only technically proficient, but also have a strong sense
of artistry and are well versed in multiple genres of dance. 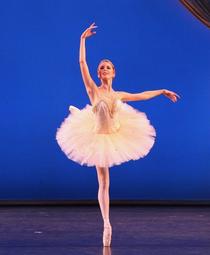 Krista was born and raised in Sarasota, Florida and started dancing at Flex Dance Studio with Ginny East at the age of 5. As a dancer Krista studied with numerous renowned choreographers such as Brian Freedman, Tom Ralabate, Luigi, Zena Romette, Gary Flannery, Tabitha and Napoleon Dumo, and many more. She attended dance schools in New York City including the Alvin Ailey School, The Broadway Dance Center, Steps on Broadway, The American Ballet Academy, and Luigi’s. Krista has won national competitions as a dancer and has been televised on ESPN.
In addition to her dance training and experience, Krista also has experience singing, acting and modeling. She appeared on a children’s television show for many years, numerous tv commercials and has done print modeling all over the state of Florida. She has been in numerous musical productions such as Cats, Oklahoma, Joseph and A Chorus Line.
Krista obtained her teaching certificate from the KIDDANCE teachers training program which includes 120 hours of lectures, exams, skill tests and a 40 hour teaching internship. Krista worked for 8 years as a certified medical assistant and has a wealth of knowledge of the human body and how to treat and prevent sports related injuries. In her personal life, Krista is happily married to the love of her life and has 4 Children. Krista loves spending time with her family, Publix Subs, and all her RFX kiddos.

Denver Clark has been dancing since before she was born. She grew up in a dance studio owned by her parents, attended UCF for her BFA in musical Theatre and owned a dance and yoga studio in Blue Ridge, GA for 8.5 years.She's thrilled to be back in her hometown, sharing dance with her own daughter in the family tradition.
Her full time job is at Heartwood Yoga Institute in Bradenton, FL as lead teacher trainer and Yoga Therapist. She is also a working Massage Therapist and anatomy teacher.
Denver has worked with children in various dance studios for over 20 years teaching Ballet, Tap, Jazz, Hip Hop, Contemporary and Children's Dance, Dance for special needs and Yoga. 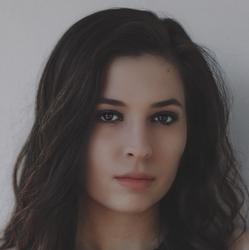 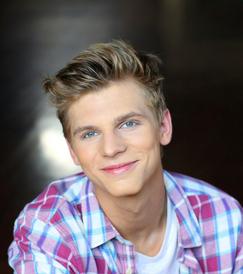 A native of Los Angeles, California, fell in love with ballet at the age of 5.  She received her primary training from former Paris Opera Ballet etoile Patrick Frantz and spent her summers furthering her dance training on scholarship at the Pacific Northwest Ballet School and at the National Ballet School in Canada.  She continued her dance training under the tutelage of Margaret Barbieri and David Ashmole at the London Studio Centre in London, England, where she earned the Founder’s Cup for achievement in classical ballet and graduated with a B.A. Honors from the University of the Arts, London.  In 2007, Christine joined the Sarasota Ballet where she performed numerous featured roles until her retirement in 2020.  In her spare time, Christine enjoys cooking, camping, keeping physically active, and spending time with her husband and two daughters.

Miss Chelsea grew up in Indiana and began taking ballet at age 4.  She trained with Lafayette Ballet Company and performed ensemble, soloist, and lead roles under the direction of her teacher, Sandra Peticolas, who also fostered Chelsea’s love and creativity for costuming, set design, and production of original ballets. To Chelsea, ballet has always been an art that extends beyond the barre, and hopes to share this with her dancers at Reflex. Chelsea moved to Florida in 2007 to dance professionally with Sarasota Ballet.  Her experiences there led her to train and perform abroad in London where she attended a performing arts college, London Studio Centre. Back in Sarasota, Chelsea continued dancing and performing with Sarasota Ballet for several years before deciding to pursue her education in Nursing at State College of Florida. Around this time Chelsea found ReFlex and discovered her passion for teaching ballet.  Over the past eight years, Chelsea has developed 9 original ballets for our program dancers - each one tailored to the personalities and abilities of our ever-growing cast of dancers.When not at the studio, Miss Chelsea enjoys spending time with Mr. Chelsea (AKA Casey), baby Arlo,  as well as her many sewing machines. She also works as a nurse and is a coffee lover. 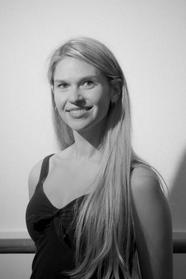 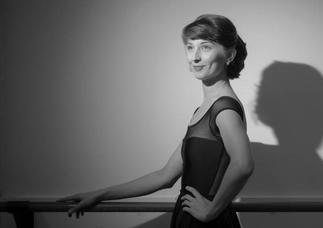 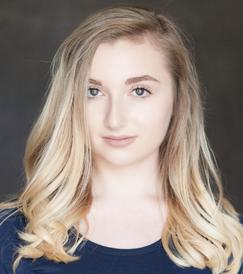 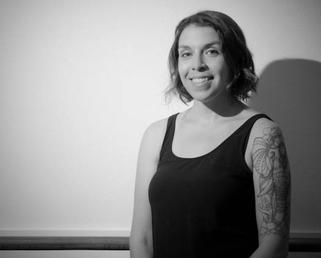 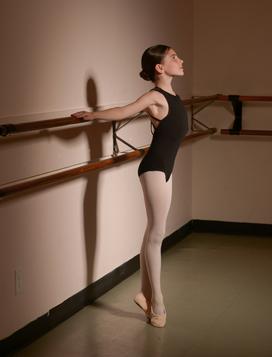 Allison grew up in Sarasota and began her dance journey at Flex! Later she danced at Sarasota Ballet with the Margaret Barbieri Conservatory of Dance. Allison specializes in Ballet and Modern, but also has a love for jazz and tap. She recently graduated from Southeastern University in Lakeland with her Bachelors Degree in Digital Media and Design. This summer Allison trained alongside Ms. Jackie in the Children's Classes and fell in love. She is a natural with children and is excited to continue learning about teaching them to love dance! On her down time she enjoys blogging, going to the beach, walking her dog, and eating ice cream. 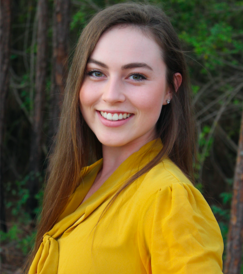 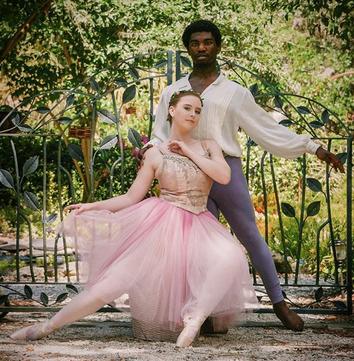